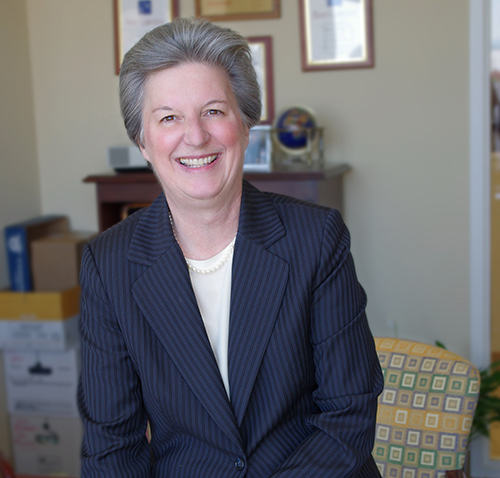 About
Professional Academics & Achievements
About

About
Jane grew up in Aldie, Virginia. She attended Wake Forest University, and graduated summa cum laude in 1980 with a double major in mathematics and classical Greek. During college, Jane was a three time Most Valuable Player on the women’s basketball team, and was honored as Wake Forest’s Outstanding Female Athlete in 1980. In 1995, Jane became the first female athlete to be inducted into Wake Forest’s Sports Hall of Fame and she was named a member of the 2006 Atlantic Coast Conference Women’s Basketball Legends class. The recipient of a Post-Graduate Scholarship from the ACC, Jane attended law school at the University of Virginia, where she graduated in 1983, and was a member of the Order of the Coif.

Jane is a partner of Robinson & Lawing, LLP. She concentrates her practice on workers’ compensation (representing self-insured employers and insurance carriers), employment and general civil litigation. She is a member of the North Carolina Association of Defense Attorneys as well as the Forsyth County and North Carolina Bar Associations. Jane has been a regular speaker at seminars on workers’ compensation and employment law topics, and has served as a section council member, newsletter editor, vice-chair (2000-2001) and chair (2001-2002) of the North Carolina Bar Association Workers’ Compensation Section. Jane is listed in Best Lawyers in America (for workers’ compensation and personal injury defense litigation) and has been named a “Super Lawyer” and Top Fifty Female Attorney in North Carolina by Charlotte Magazine. Jane has four times been named by Best Lawyers in America as the Lawyer of the Year in Workers’ Compensation Law – Employers for the Greensboro area (2019, 2016, 2014 and 2012).